The Domaine Cellier aux Moines is a historic estate which belonged to the monks of the Abbey of La Ferté for several centuries. In 2004, the Pascal family took control and restored the Cellar and part of the 13 hectare Premier Cru Clos which gives its name to the Estate. The Pascal family took the opportunity to replant another ecclesiastical Clos, with an area of ​​27 ares, forgotten since the phylloxeric crisis: It is the Clos Pascal. In 2015, the Domaine welcomed Guillaume Marko, who took care of the vines and wine. The young oenologist did his classes in Côte-de-Nuits, notably through the Domaine de la Romanée-Conti.

The Domaine presents concentrated red Givry but of great finesse and is subject to an iron discipline; especially on the use of weedkillers and insecticides - or rather their non-use since they have banned their use. Less interventionist, they have added to the number of their assets a winery in total gravity, in order to respect their profession of faith: respect nature, save resources intelligently and offer pure wines that express the particularities of the terroir. 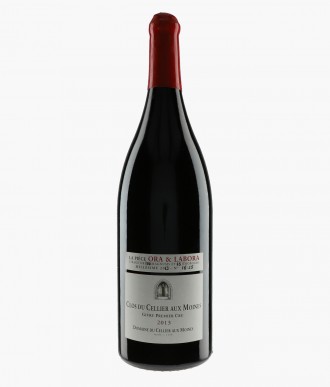